Invisible aligners are a good alternative for patients who do not wish to have braces on their teeth. The aligners are virtually invisible, making them very popular for both teens and adults.

Invisible aligners are orthodontic braces that, unlike traditional systems, are almost imperceptible, they are comfortable and do not require the cementation of braces or other appliances. With this method, patients receive a number of removable plastic trays, transparent and adapted to their mouth. They are very easy to use.

Depending on the characteristics of each patient, the change of aligners to a new set is done approximately every week until the end of treatment. In this way, the teeth are in continuous movement and in the desired direction.

What are the benefits of using invisible aligners?

Aligners have several advantages over traditional tools. First, they are virtually invisible; most people won’t even notice you’re wearing them.

Treatment with aligners is in most cases much faster than conventional treatments.

In addition, they are removable, so you can take them out for eating, drinking, brushing and flossing, thus having better dental hygiene.

If you have to avoid certain foods with traditional braces, such as sweets or crusty bread, you don’t have to restrict your diet with an invisible aligner. Take them off when you eat and put them back on when you’re done.

Traditional braces use metal materials that can irritate the mouth. Aligners, on the other hand, are made of thin plastic and are cut to fit your gums so they don’t irritate your mouth. Perfectly adapted to your mouth, they have no metal wires or hard parts that could damage your cheeks and gums.

How long should I wear them per day?

The only way to get fast results is to keep your aligners on for as long as possible every day. Just take them off to brush your teeth, eat or drink.

It is recommended to wear them for at least 22 hours a day. The longer you wear them, the better the result in the mouth.

How long does the treatment take?

Treatment lasts an average of 6 months to a year for adult patients. However, it all depends on the condition of your teeth and the work they need to do to be aligned and functional.

How do I clean the aligners?

In addition to maintaining your dental hygiene, aligners should be cleaned each time they are removed and cleaned each time they are used. They should be cleaned with a special brush with cold or warm water and neutral soap. Hot water is not recommended as it may deform the splint. It is also necessary to use specific cleaning and disinfecting agents, including at least one disinfection, with at least one or two descaling agents per week.

As good as they are for our own oral hygiene, toothpastes or mouthwashes should not be used to clean the aligners as these products can damage and discolor the material they are made from.

In addition, to avoid loss or damage, it is best to keep them in good condition by keeping them in the original box they came in.

Although the aligners are removable, it is very important to wear them most of the time.

If you are a smoker, it is therefore advisable to smoke less.

Invisible aligners are a revolutionary treatment because they provide quick results and hardly anyone notices. As with traditional orthodontics, the work continues in a maintenance phase. 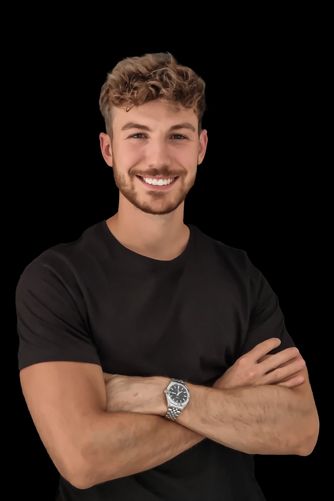